How do you find the facts in a sea of rumour and disinformation? 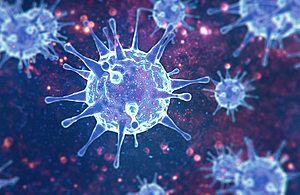 Since the pandemic took off in the UK in mid-March, I’ve been working for a fact-checking website, COVID-19 Facts, aimed at debunking myths and establishing what we know about the virus.

The site, owned by RB (makers of Dettol), was set up ‘to provide accurate and credible information to counter myths that are gaining traction on social media platforms’. The fact-check service is run by the Economist Intelligence Unit, which I’ve worked with happily for years.

Patient information is a cause close to my heart; I’ve always been passionate about giving people the information they need to make good choices about their health. And when finding accurate information among the swirl of rumour and fear could be a matter of life and death, it’s more important than ever.

So how do I go about it?

I start with a media report, or sometimes a social media report that has been widely shared. Many of the myths that I looked into back in March came from social media. They were often shared by people anxious to help others. Some were spread deliberately by people with their own agendas. The end result is the same: a false belief that might make people unnecessarily fearful, or dangerously complacent.

Some – that spraying yourself with bleach can cure the virus, or that taking a sauna can protect you from it – were fairly easy to debunk. Many, such as the dangerous myth that melanin skin pigment protects against the virus – had no basis in science at all. Reliable sources like the WHO were quick to pronounce on these. Others – can you catch it from your pet dog? – required a bit more digging into the scientific literature. I learned about the differences between coronaviruses, and between inactive viral fragments and viable viruses ready to infect cells.

Often, misleading reports circulated because of a scientific paper that had been misunderstood, taken out of context or simply accepted uncritically, without asking important questions. Possible links between air pollution and covid-19 were an example of this. My experience in scrutinising scientific papers, asking about control groups and comparators, understanding data, helped me to navigate these stories.

Recently, there have been fewer social media myths and more questions based on recent research to make sense of. There has been a slew of hastily-published scientific papers about the virus, based on the  first few months of experience of testing and treating it. Most are published prior to being peer-reviewed, which means they may contain errors or present conclusions not supported by the data.

I’ve developed a ‘trusted sources’ list, topped by the Oxford Centre for Evidence-Based Medicine, who have been doing sterling work at rapid reviews and evidence synthesis. They know what they’re doing, and I understand the evidence-based principles they work to.

We didn’t know this virus existed last year. Scientists are learning incredibly fast – but there is huge uncertainty. Take one big question: are you immune from infection once you’ve had the virus? Short answer: we don’t know. And we certainly don’t know how long for.

How many people survive after needing intensive care? It’s not clear, and varies from country to country. How many people have the virus without getting symptoms? Estimates range from 4% to 80%, which is wildly unhelpful. Why? Because reports depend on who you test, and we’re not testing everyone. Will we get a vaccine? Maybe. The scientists are hopeful, but we don’t have one for the common cold (also caused by a coronavirus) or HIV, which has been around for decades.

I do my best to explain what we do know, how we know it, and why there is still uncertainty around the answers. I think it’s better to be honest about uncertainty, however uncomfortable.

My experience of reporting on the “facts” means I throw things at the radio whenever a politician says they are following “the science”. There isn’t one science. There are many disciplines, many studies, many ways of interpreting the evidence we have. There’s huge uncertainty around this disease. In the early days, we were confidently announcing that everyone with the virus would have a dry cough and temperature. Now we know there’s a bewildering range of symptoms linked to the virus, and quite a few of us have it without any symptoms at all.

So a great deal of fact-checking is knowing when is a fact not a fact. Often, it’s a working assumption, based on the imperfect evidence we have at the time. It’s not comfortable, but it’s the world we live in.

← Notes from a pandemic