The ethics of Ebola 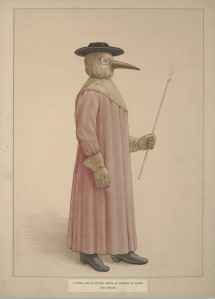 On Tuesday I phoned in for the WHO press conference about the ethics of allowing experimental treatments to be used in the current, out-of-control outbreak of Ebola virus in West Africa. (My report for the BMJ is here.)

The situation feels like the plot of a movie. A deadly, infectious disease with no known cure. Healthcare workers, heroic in full-body personal protection suits, struggle to contain the outbreak. And somewhere, in a laboratory, a lone scientist comes up with the formula that might – just might – save the world.

In this case, the WHO admits that usual containment methods have not worked as well as in previous outbreaks. There are a handful of compounds under investigation that show early promise. But most of them have not been used in humans, only in primates. And the compounds have been produced only in tiny amounts, enough for early stage research. We have a few doses of untested new drugs that work in monkeys.

Should they be tried on patients? And if so, which patients? The doctors and healthcare workers risking their lives to save others might seem to have a moral right to priority treatment. But what of the patients’ families, who have often been informal carers? Should children be prioritised over the elderly? It probably didn’t help that the first people reported to have been treated were not Africans, but American missionaries who had been flown back to the US.

Setting aside the morals of distribution, let’s consider why we have drug trials. We need to know if the medicine is safe and effective – whether the benefits outweigh the harms. In an epidemic situation, with a disease of such virulence, this might seem over-cautious. What harm could it do? People are going to die anyway without treatment, right?

Not right. On Monday, as the ethicists met to discuss the situation, there had been 1848 probable or confirmed cases of Ebola, and 1013 deaths. Some people get better. While those figures don’t represent a reliable ratio, doctors have described mortality in the current outbreak to be around 45%. High, but not universal.

What if one of the new treatments unexpectedly made things worse, bringing the mortality rate up to 100%? Or caused susceptibility to another, more widespread killer, such as malaria? Then there’s the potential effect on the virus itself. We know from antibiotic resistance that microbes can adapt to drug treatments. What if one of the new vaccines or treatments actually increased the virulence of the virus, or made it easier to pass on?

These are worst case scenarios. Yet it would not be the first time a new treatment was adopted prematurely, only to make things a whole lot worse. However urgent the situation, we need clinical trials. It might not fit the movie script, but data collection and analysis are the right response to the epidemic. Statisticians should be heroes too.